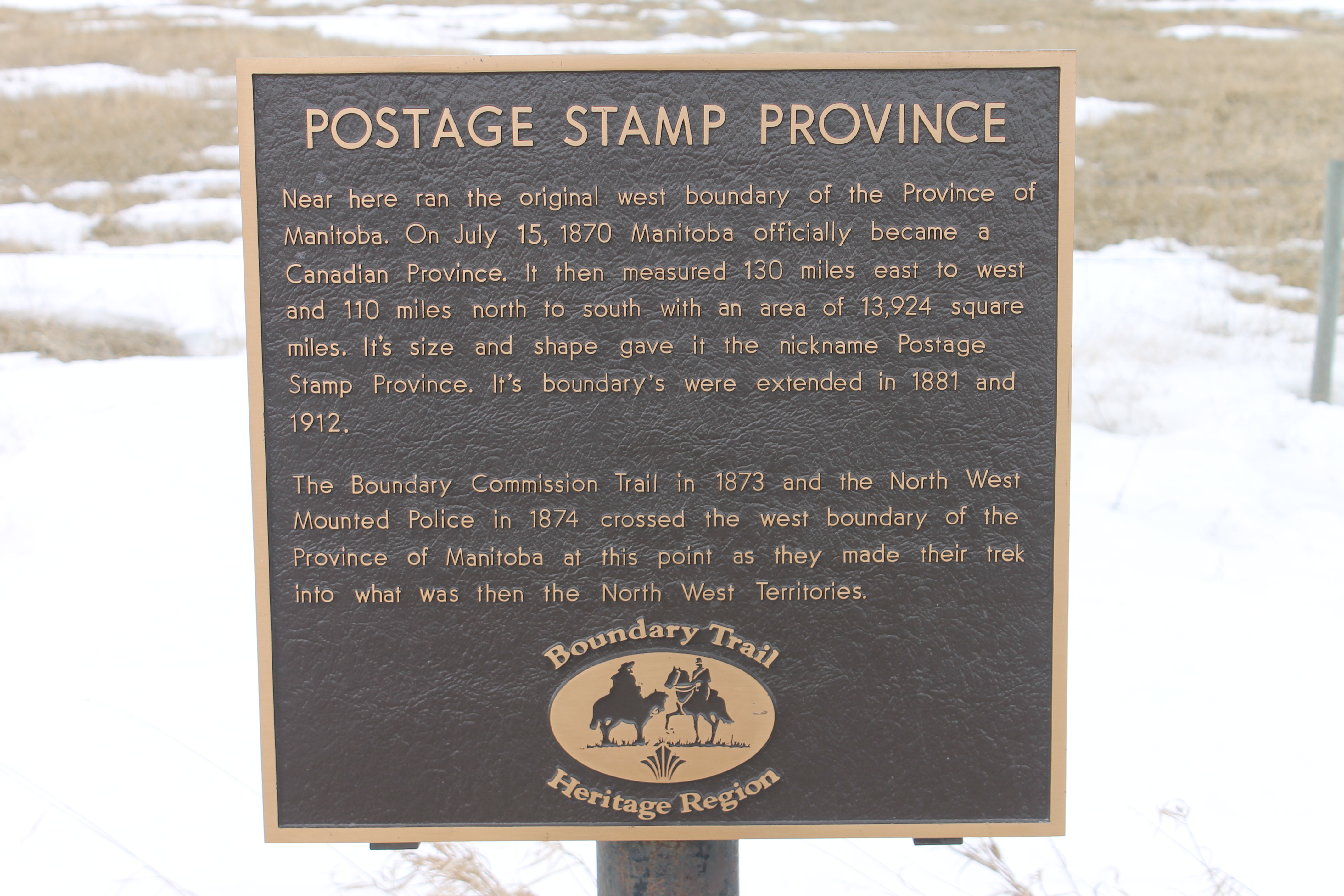 "Near here ran the original west boundary of the Province of Manitoba. On July 15, 1870 Manitoba
officially became a Canadian Province. It then measured 130 miles east to west and 110 miles north
to south with an area of 13,924 square miles. Its size and shape gave it the nickname Postage Stamp
Province. Its boundaries were extended in 1881 and 1912.
The Boundary Commission Trail in 1873 and the North West Mounted Police in 1874 crossed the west
boundary of the Province of Manitoba at this point as they made their treks into what was then the
North West Territories."
This marker can be seen by following Broadway St. south to the T-junction with HWY 3A, and turning
right (west) towards Clearwater. Watch for the "2km" and "right turn" signs to the marker within a
couple of minutes.
For more information about the marker and the Boundary Commission and NWMP treks , please go
to Boundary Trail Heritage Region at  http://www.bthr.ca/
There are also murals related to the trail at the junction of Broadway St. and South Railway Ave
in Crystal City, and in Clearwater on the wall of the museum.
Scroll Up